Quang Trung Bridge, ready for traffic by the end of 2020 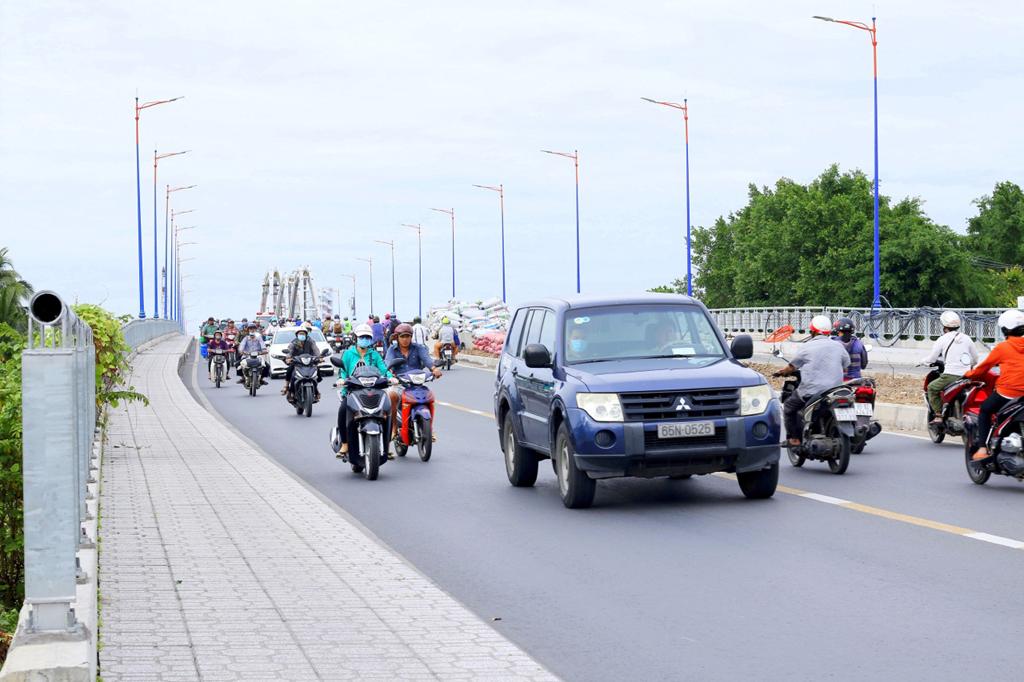 The putting into use of Quang Trung bridge meets the expectations of the people in the city. This is an important work connecting traffic, which overcomes  traffic congestion in Can Tho city.
Being recognized on the site, after nearly 1 year of construction, the Quang Trung bridge upgrading project has basically been completed. Over the past months, the construction units are required to increase the manpower, construction equipment, and arranging overtime forces in the evening. Up to now, the upgrading of the old Quang Trung bridge has basically been completed, workers are completing the installation of water pipes, painting and installing the bridge...

Upgrading Quang Trung bridge is being speeded up by contractors day and night.

Upgrading Quang Trung bridge is being speeded up by contractors day and night.
The old Quang Trung Bridge has a length of nearly 900m, crossing Cau Tho River, connecting the two districts of Ninh Kieu and Cai Rang. Before upgrading, the bridge was degraded, often congested and traffic accidents occurred. Upgrading Quang Trung Bridge under the Can Tho Development and urban resilience strengthening project (also known as Project 3). Funding for the project implementation comes from the World Bank loan and the support capital of SECO of Switzerland. The project is invested by the Can Tho ODA Project Management Board and started in early 2020.

Workers in constructing green tree and bridge landscape.
Ms. Nguyen Thi Thu Van (living in Ninh Kieu district, Can Tho city) excitedly shared that “I am very happy to see that Quang Trung bridge is completed and put into use by the end of this year. The bridge which has been invested and upgraded is now very beautiful, meeting the expectations of the people. The bridge is completed and helps me to move easily when I have to go to the other area of Cai Rang district, no longer worrying about traffic jams like before”

Upgrading Quang Trung Bridge makes an important contribution to building a new look for the city, reducing traffic congestion
According to the Can Tho ODA Project Management Board, construction will be completed and traffic is expected to take place by the end of December. This significantly contributes to building a new look for the city, reducing congestion. traffic jams, creating a motivation for socio-economic development.
After being upgraded and expanded, the project has a total length of nearly 900m, of which the bridge section is 481m long, 11m wide and sidewalk. The old Quang Trung bridge is located parallel to the new existing Quang Trung bridge (unit 2 was opened to traffic in early 2020), forming the entire Quang Trung bridge with a length of nearly 900m, a width of 22m, with 4 lanes and 2 sidewalks.
Thanh Bình